When we look at our portfolio of Aerospace stocks, the airlines always tend to stick out a bit more than some of the other companies who’s name may not be as well recognized in the public.

Because companies like American Airlines (AAL), Delta (DAL), and United (UAL) have essentially become house hold names in the United States for Airlines they are also the go to when it comes to the financial markets. The top 5 airlines have together the equivalent trading volume as all the other airlines combined.

These top 5 airlines will each behave similarly as they are each in the same business of transporting goods and people around the world. Although it is important to respect each individuality. They each behave differently in their own manner and have different price ranges although the overall trend may have some correlation.

The next earning for American Airlines will not be until around Oct 22nd, the official date is not yet confirmed. The are currently in the lead for the most trading volume for all of the airlines. Sitting currently at about 13.59 a share it is well below its previous highs form 2019.

After the sharp downfall in March we have a sudden rally in the middle of April followed by some support being created above the $10 range. Starting to make new higher highs now from testing higher lows we can hope to see price break up above the next range level of the Fibonacci channel.

Over the last week American Airlines has increased by 11.76% and over the course of the last month there has been a 22.2% increase in value. Certainly there is progress and development returning to the market.

Following with the second most traded shares in a day United Airlines had a trading volume of 35.23M as the week closed and price traded at a strong 37.34 a share. After a great day where United went up 3.09% we can start to see it make its way back towards the range that we had created a few week back to track the progress.

It is not staying within the range although we can start to see that price is working its way towards entering the zone again. This will be a strong indication of the respect that price has towards this price range that we have defined.

Defining price ranges with greater correlation provide investors with a better understanding of what the market is providing. Having a visual representation of what that market is valuing a specific asset allows for one to be able to trace the progress with greater accuracy.

Delta Airlines is one of the stronger performing airlines in the past few trading days. Closing the week strong with a 3.80% growth in a day, ending off at 31.99 a share. Delta has climbed a total 17.31% in the past week and a major 28.11% in the last month.

Making progress towards a steep climb the relative strength of Delta is increasing as more investors are looking to take advantage of the movement.

Airlines can tend to be quick moving stocks which are part of the element which attracts investors to trade them. Considering that they are sitting near lows of the trading range more investors will be likely to have a bullish bias based on historical values.

Southwest Airlines (LUV) has been able to maintain a wider chart by not having price spike too far in either direction at any given time. Southwest although being a strong mover is known for having better structure and definition in its technical aspects

We can see as well similar to many other aviation stocks that there has been some incredible growth in the past few days and weeks. Closing out with 11.88% gains for the week and 25.64% gains for the previous month.

Price is nearing the previous ranges high which can often be a note-worthy point for technical traders. Depending on the various strategies being implemented it would be mindful to watch how price behaves in this current range.

The previous few weeks have been slow moving for Spirit Airlines as the stock has been stuck in a sideways trending range. We can see based on the two horizontal trendlines that are drawn on the chart that the price has been unable to break out from this zone for quite some time now.

The market often require a catalyst to be able to move the market in a specific direction. Considering that earnings reports are not coming any time soon one would hope that business begins to pick up for domestic travel and the value of the stock begins to rise up as well again.

Without any movement in price value, options traders may be more likely to use strategies such as Iron condors to take advantage of the range bound price.

This site uses Akismet to reduce spam. Learn how your comment data is processed. 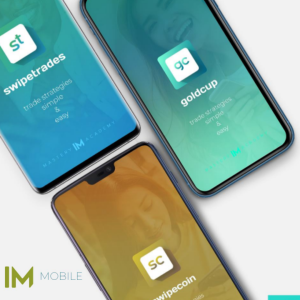